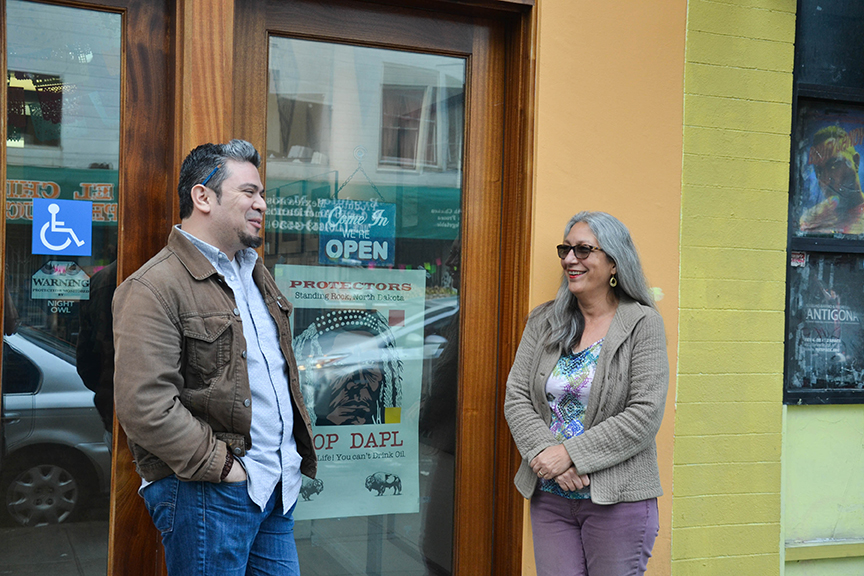 Our board of directors has spent the better part of a year trying to find just the right person to succeed Georgiana Hernandez as Acción Latina’s next executive director. And we are pleased to announce that we have found that person: Josue Rojas, an artist, educator, community activist and native of the Mission District.

When Hernandez assumed the executive director position in the spring of 2012, our organization was in serious financial trouble and had been without a director for a year and half. Under her guidance, Acción Latina flourished, making improvements in every area from office renovations that included the opening of the Juan R. Fuentes Gallery in late 2015 to the strengthening of El Tecolote, which won eight San Francisco Peninsula Press Club awards last October.

Hernandez feels that Rojas is the perfect person for the job. “For me, it was important that we find someone who has a strong sense of community, who shares our organization’s values and commitment to social justice, and who would be a facilitative leader,” she said. “We found all of this and more with Josue Rojas. Inventive, thoughtful, strategic, open to learning—Josué exhibits all of these important qualities in a leader, so it is with every confidence that I can now reach out to pass him the baton.”

We will miss Georgiana dearly, but with Josue now at the helm, our organization’s future looks bright.