HomeVisual Tribute: A Dialogue with Cesar 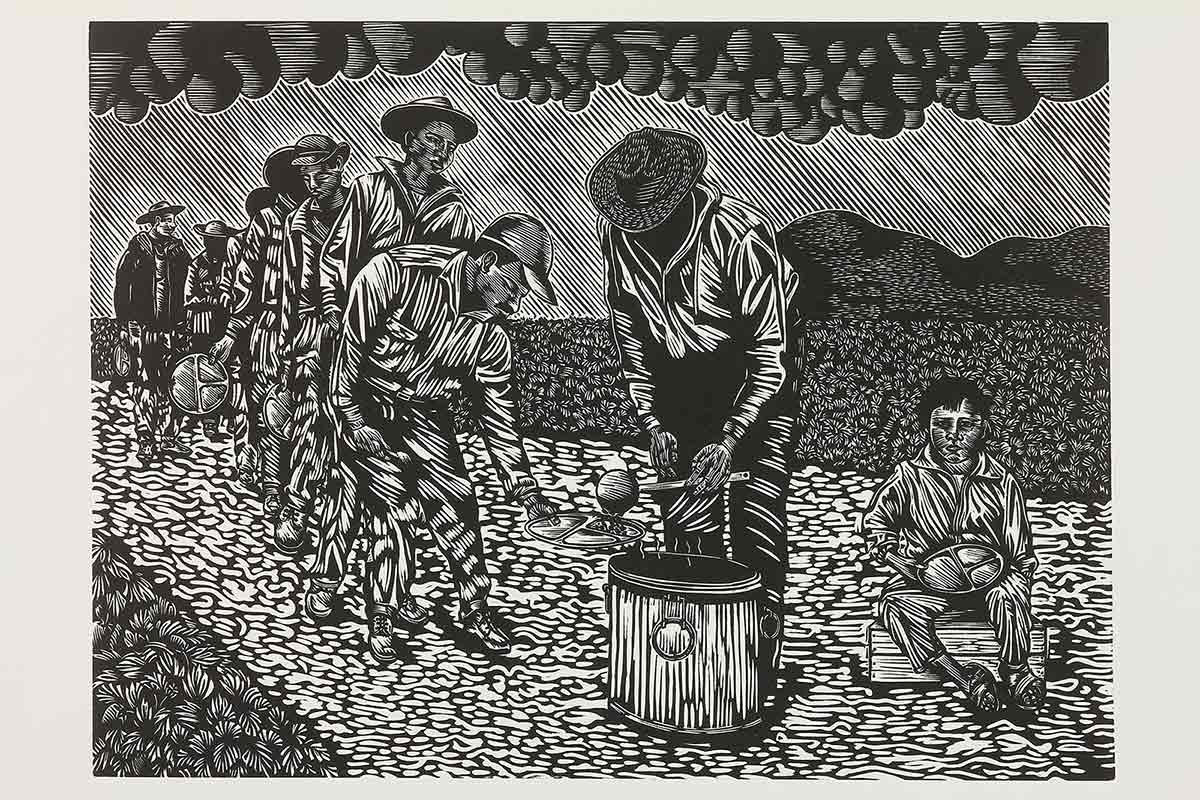 Juan R. Fuentes curated this selection of more than 20 pieces—meant to represent working people, and in particular, the struggle of the United Farmworkers—from across his body of work, which spans the course of four decades. The exhibition, which was timed to coincide with Cesar Chavez Day, reflects Fuentes’ experience growing up with the “braceros” in the fields and his personal connection and ties to Cesar Chavez.

About Juan R. Fuentes
Juan R. Fuentes, for whom our gallery was named, grew up in Salinas/Monterrey County, where he said his parents and 11 siblings worked long hours in the agricultural fields picking fruits and vegetables. An activist artist and master printmaker, he has been a frequent collaborator with Acción Latina since the late 1970s. Fuentes has said the tone for creative approach was heavily influenced by the civil rights movement and the United Farmworkers union. He is a founding member of Art 94124 Gallery in San Francisco’s Bayview District and teaches relief printmaking classes as visiting faculty at the San Francisco Art Institute.