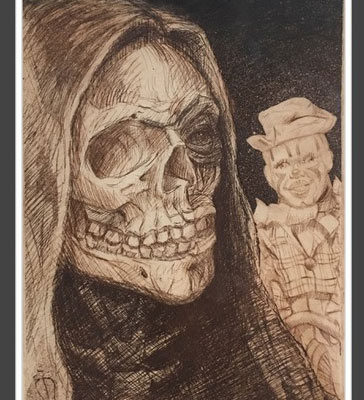 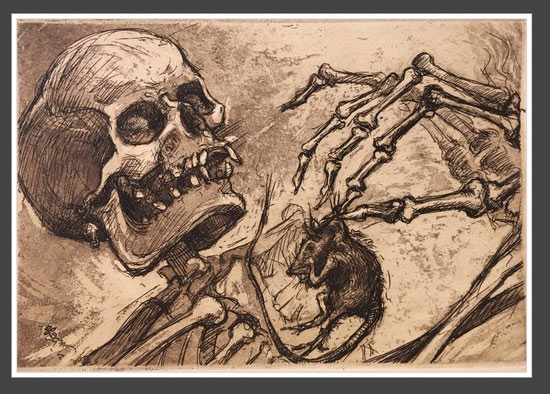 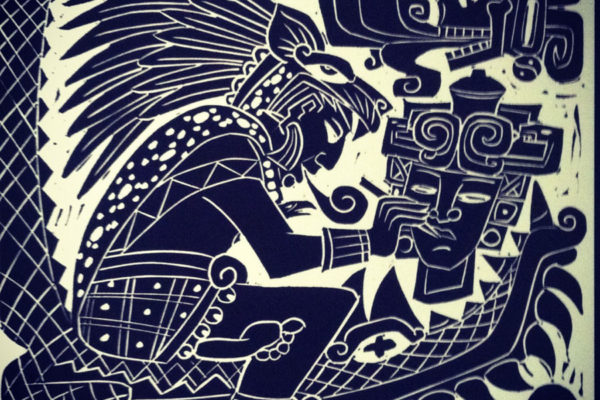 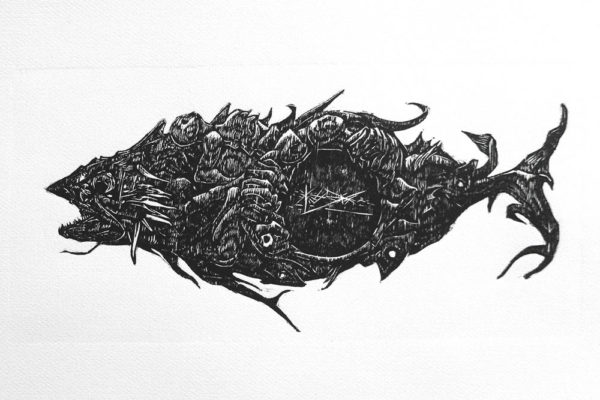 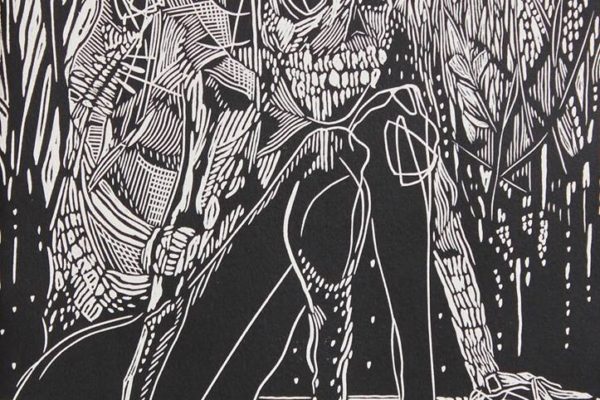 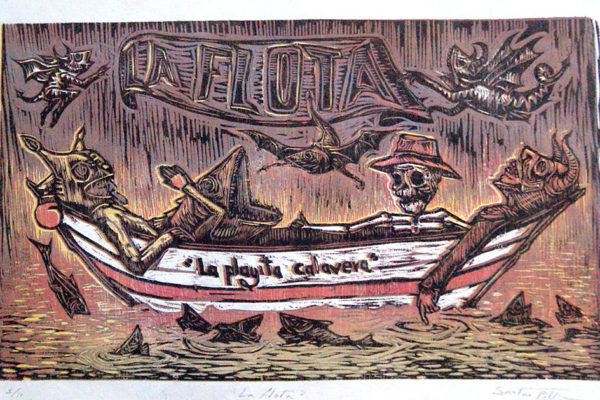 Oda A La Muerte explored Día de los Muertos—its origins in Mexico as well as its historical and cultural significance there and in the United States. The exhibition showcased work from more than 20 artists—accomplished and emergent—from both sides of the border, who produced work inspired by their own different conceptions of death, using relief prints on linocut and woodcut techniques. 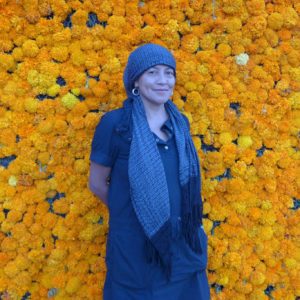 Veronica Solis, was born and raised in Guerrero Mexico. She has been living in San Francisco for more than a decade. Her cultural background has been a major influence, that has kept her immersed and active in the Mission community and it plays an important role in her art practice. Veronica has participated in a variety of local and international collaborations. She was a founding member of Mission Arts Performance Project, and founded “Impresiones Nativas”, a site that explores and supports endangered species. She also founded “Tejido Social” which explores cross-border social-bonds through Mexican craft and is supported by her work as a student of Cultural Anthropology. Veronica has earned a number of educational certificates, including; a certificate in “Cultural Management” from Casa Lamm in Mexico City and “Human Rights” from the Claustro de Sor Juana University, also of Mexico City.